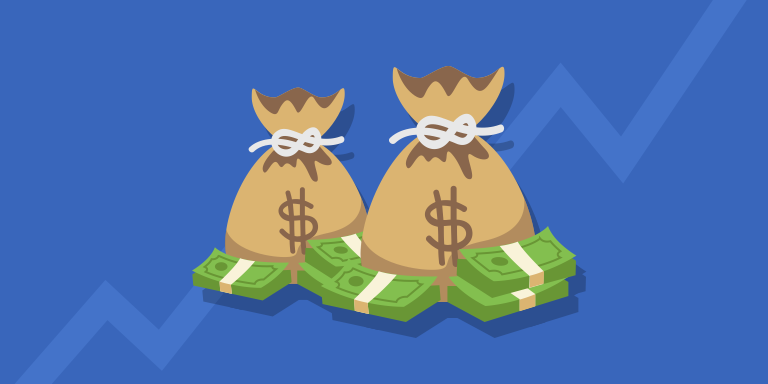 Telemarketers and scammers don’t call to annoy you. Don’t get me wrong, they annoy the heck out of you, but that's not why they call.

By understanding how economics can stop spam calls, you'll learn why this is only going to get a whole lot worse, and why you need to take steps to protect yourself.

‍Start With the Odds

‍So let’s start with this: You are in a stadium with 10,000 people. Every one of them has a mobile phone, and every one of them is going to get the same scam call from Agent Jacko at the Internal Revenue Service warning them that if they don’t pay up $1,000 they are going to go to jail.

You know this particular scam and you are not going to fall for it. When it’s your turn, you answer the call and say “get a real job and stop scamming people you jerk,” and you hang up.

Of course, if you had RoboKiller, you would never get the call in the first place, but more on that later. Out of the 10,000 people in the crowd, 9,999 of them are like you, but there is one person, a 78 year old man named William, whose mind is starting to slip, and he’s going to fall for this scam today. Agent Jacko is going to steal $1,000 from William. It stinks, but it is a fact.

‍Agent Jacko lives in a foreign country where the average wage is $10 a day. Using an auto-dialing system, he and his partner can make nearly 1,700 calls a day. It takes them a full six-day week to call everyone in the stadium, but once a week they reach another unsuspecting William and scam him of his wealth. Of course, we can’t forget they have to pay for all of those phone calls. But that is the kicker! Making 10,000 calls is so super-cheap that worst case, they spend just $130 to make all of those calls.

‍So, Do the Math

‍Jacko and his partner are worth $20 a day or $120 for a six-day work week. The calls cost them $130. So it costs $250 to scam William out of $1,000. Jacko made $375 for his effort, six times what he would have made doing an honest day’s work. With that kind of math, this is big business, much bigger than Jacko. The small-time operators like Jacko exist, but the economics have driven an entire dark industry of scammers. These “businesses” make billions of calls, and net tens of millions of dollars. They use boiler rooms of cheap labor or save the labor entirely with robocalls. Instead of 10,000 calls in a week, they do that number in an hour.

‍There is Only One Way to Beat Them

The only way to win is not to play! You have to stop robocalls and telemarketers from ever reaching your phone. There are a few ways to make this happen, such as registering on the Do Not Call list or contacting your phone carrier, but neither of these options are designed to block calls entirely.

Because of this, smartphone apps for iOS and Android are the best solution, as they are equipped with real time spam call detection and personal blacklisting tools.

RoboKiller, an award-winning robocall blocking app, provides spam protection against unwanted callers and in-real-time caller identification. RoboKiller’s solution blocks Jacko and more than 100,000 of his friends’ scam call numbers, and it automatically updates in the background to stay ahead of the scammers. It offers the most comprehensive and up-to date protection from robocalls, telemarketers, scammers and spammers in the world. On average, RoboKiller will save users 17 minutes of wasted time per week. At $.99/month, if you value 17 minutes of your time this week at more than 23 cents, RoboKiller is almost definitely the right tool for the problem!

‍But You Can Affect the Statistics, Too

‍RoboKiller’s Answer Bots, recorded messages that talk back to spammers and waste their time, are hilarious and fun, but they actually serve a very important purpose: Every time you waste a spammers time, you prevent them from making their next call.

Our Answer Bots are built on an algorithm that we are constantly improving that is designed to keep telemarketers and even robocalls on the line for as long as possible. The average spam call is 29 seconds, but the average Answer Bot call is currently over one minute. So, while RoboKiller users save an average of 17 minutes a week not ever getting these calls, at the same time that 17 minutes steals approximately 37 minutes of spammers' time. At our current growth rate, we expect to waste more than 41 million minutes of spam time per year in 2018. That may just put a whole lot of Jackos out of business.