Phone Scams: Don’t Pick Up the Phone Until You Read This 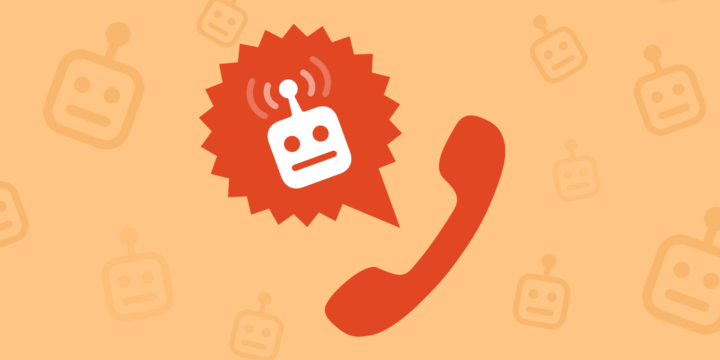 If you’re feeling as though the amount of phone scams you’re receiving is on the rise, well, you're right. A whopping 4.5 billion robocalls were made in June 2018. That’s nearly 18 robocalls for every person!

It’s not hard to understand why scam calls were the number one complaint to the Federal Trade Commission in 2017. A grand total 7,157,370 complaints were made against robocallers and telemarketers.

Every year, many people lose money to telephone scams. Scammers trick even the smartest and savviest of consumers out of everything from a few dollars to their entire savings.

Phone scammers devise many different types of detailed phone scams to instill fear or establish trust, or both. All phone scams have one goal: to steal from you.

Phone Scams to Look Out For

This plan plagues millions of consumers each year and has collected $54 million from unsuspecting victims since October 2013. The IRS has publicly stated they never use phone calls as a primary method of communication.

Here's what the fake IRS scam call sounds like.

One of the most prominent scam calls is Microsoft technical support impersonators. These scammers will tell you there is something wrong with your computer, request access to "fix" it, and steal your personal data.

Here's what the Microsoft technical support scam call sounds like.

Scam callers have begun impersonating debt collectors, posing as third-party collection agencies collecting on debts you do not owe. They use high-pressure tactics such as claiming you will never be able to purchase a vehicle or property if you don't pay the debt that day.‍

Tip: always ask for a verification letter to be sent by mail to prove legitimacy.

This phone scam will ask for your personal information and request a credit card on file to hold your reservation. If you do think you won something, ask to be sent a confirmation with the address on file of your entry.

Scammers don't care how they scam you, they just care if they can scam you. Some go as far as to impersonate charities, asking for donations for disaster relief, veterans, or other causes.

Here's what the cardholder services scam call sounds like.

Phone scams have always been problematic, but they’re getting worse.

What makes these scam callers so brazenly confident they can steal your money, personal identity, and precious time? The answer is simple—they know it's nearly impossible to get caught. Scam callers have possessed the ability to call your phone from masked numbers since the introduction of phone spoofing, the practice of tricking a phone network into thinking the originator of the call is from a location other than its actual location.

And these spoofed callers are getting smarter. The most common spoofing-based scam is neighbor spoofing. Using this technique scammers change their caller ID so that it appears that the call is coming from a local phone number. The area code and prefix of the incoming call match your phone's area code and prefix, in an effort to make you think the call is from someone you know. These unwanted callers have even at times become so brazen as to attempt to scam their targets by calling them from their own phone number! Who knew these crooks could be so innovative?

While the latest spoofing trends will always come and go, one underlying fact remains—scammers don't care about your personal privacy and will stop at nothing to steal from you. And they'll continue to do so because it’s still so easy and nearly consequence-free.

Is it really that hard to stop these scam calls?

You may be thinking “spam and scam calls have been around forever—is it really that hard for the government to stop these fraudsters?” The truth? Yes, it is.

There are a few reasons tracing, blocking, and reprimanding offenders is difficult for government organizations such as the FCC and FTC. For starters, nearly 60 percent of scam calls originate from overseas where it is not only cheap to place billions of calls each day but incredibly difficult for government officials to punish offenders. United States communications laws don't necessarily apply to them, nor would they care if they did. They know the government can't really track them down, so why would they stop? Heck, they even place illegal robocalls to the director of the FCC!

‍Phone spoofing is a primary reason scammers don't plan to stop calling you anytime soon. Phone spoofing allows telephone scammers to place millions of calls each day—each from a unique or masked phone number. In order to truly identify the individual behind these calls placed, advanced technology is needed to go beyond the unique spoofed calls to fingerprint the exact origin of the calls placed. Although government agencies such as the FCC are aware that such technology is an integral part of the solution, the fact of the matter is they just don’t have the technology infrastructure to support such a solution. Instead, they rely on the support of third-party solutions and organizations who share the passion for stopping scam calls for good.

Phone spoofing also makes the default call blocking solution for iPhone or Android obsolete. While this out of the box functionality is great to block an ex-girlfriend or ex-boyfriend, it is impossible to stop your scam call problem. This is simply because scam callers have the intention of calling you back from another spoofed number, especially if you answered the phone. So, no matter how many unwanted numbers you block on your Android or iPhone, it won’t ever stop spam callers from reaching you.

The public’s misconception about the Do Not Call List is another reason scam calls are not slowing down. Many believe that after receiving a suspicious call or a confirmed scam call, it is best practice to register their phone number(s) on the Do Not Call List. While this certainly will reduce several legal businesses from calling you, it definitely will not stop the scammers. Some people say that registering on the Do Not Call list has actually increased spam calls, but that's never been proven.

Now, this is not to say that the Do Not Call List won't do anything for you. It will absolutely stop the legal spam or robocalls you're receiving, but those are not as problematic to your personal privacy and protection. While legal spam calls are definitely annoying, these legal business entities are not calling with the intention to steal your personal identity or money—scammers are.

So, what can you do to protect yourself from the risk of phone scams?

Although telemarketing calls and scam calls are equally as annoying, it is important to equip yourself with the tools to identify if the unwanted call you’ve received is, in fact, a scam. Follow these important steps to reveal the intentions of an unfamiliar caller:

When applicable, the best solution to managing scam call risk is to not answer phone calls from unfamiliar callers. However, this can be difficult to do, especially if you’re waiting to hear back from a job offer, an update on a loved one in a nursing home, or any other important business call.

Step 2: Ask probing questions to identify the legitimacy of the caller

If you do answer the phone and suspect the unsolicited caller has bad intentions, ask probing questions such as who the caller is representing. Make sure to do so before identifying yourself! You should never reveal your name, home address or any other personal data to unknown callers.

Step 3: Never give away personal information over the phone

Even if the caller seems legitimate, never give your personal data, a credit card number or your social security number over the phone. Ask for verification of the service, product, debt owed, or charity in the form of direct mail or email if you are truly interested in following up with the caller.

Step 4: Be a hero. Report suspicious calls to the FTC

Filing a scam call complaint to the FCC is a viable solution for peace of mind. Remember that reporting the call won’t stop the caller from attempting to scam you again, but it can help the FCC flag offenders and protect other consumers from becoming victims.

Of course, the most effective solution is to ensure these illegal scam callers never even reach your phone. While government organizations such as the FCC recommends downloading a third-party spam and robocall blocker app, they cannot formally endorse specific products for any type of scam solution.

However, RoboKiller won the 2015 Federal Trade Commission's (FTC) Robocalls: Humanity Strikes Back competition and is the #1 rated scam call blocking app and offers global block listing, phone spoof fingerprinting, and automatic spam call identification technology needed to stop scammers from ever reaching your phone. RoboKiller even answers scam calls for you with hilarious prerecorded messages to keep scammers on the phone and waste their time and resources.

‍Click here to get started today!