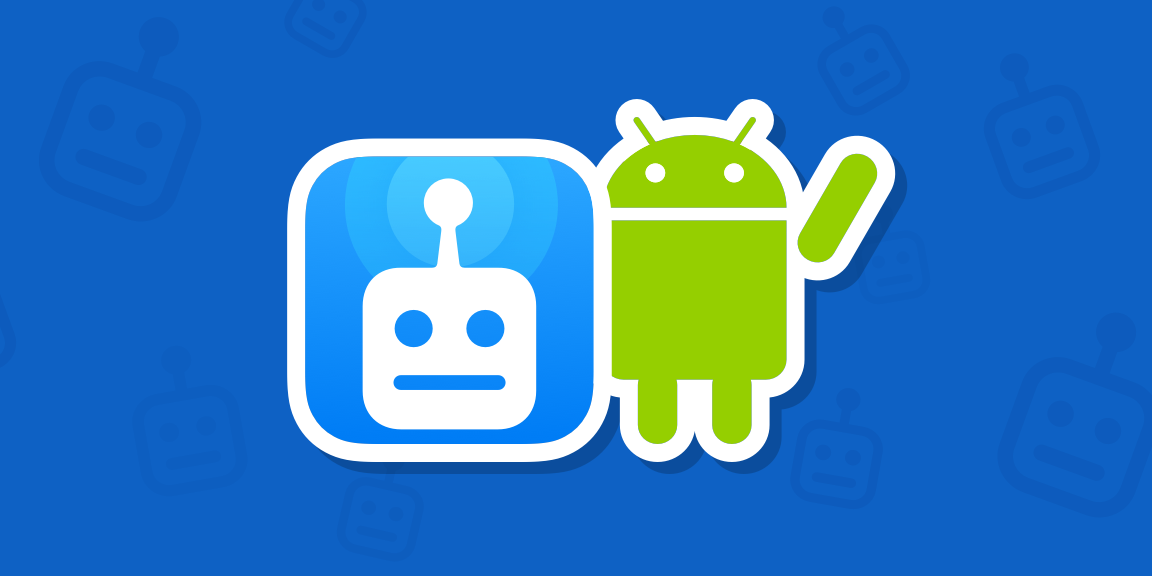 How can you use your phone the way you actually want to if you’re dodging spam calls? You can’t!

Not only do you need your phone to make phone calls (obviously!), you also use it to pay bills, find your way to different places, and look things up on the internet. Avoiding or even accidentally answering spam calls can interfere with all of those activities.

Spam calls don’t have to stand in the way of you using your phone the way you want to use it. With more than 3.7 million downloads and more than a 4-star rating, RoboKiller has been the spam-stopping solution for Android users since early 2018. Have you tried it?

Why is RoboKiller the best way to stop spam calls on your Android phone?

We’ll give you a whole bunch of reasons, like the fact 5.63 billion robocalls were made in September of 2020 alone, to give RoboKiller for Android a try. While it's true that Android phones have some built in spam-blocking solutions, it's also true that there are very major gaps in those solutions. Without RoboKiller, spam calls can still get through. Lots of them!

Our advice? Don’t leave it up to Android. Read what the FTC says about this topic below:

“Many mobile phones come equipped with features built into the device that can block calls from specific numbers. These features can let consumers block specific contacts, identify unwanted incoming calls for future blocking, and set ‘do not disturb’ hours. You must manage these lists on your own, and the device may limit the number of calls you can block.”

‍Download RoboKiller, and take spam blocking into your own hands—without having to do the dirty work. The spam-blocking dirty work is what our patented audio fingerprinting algorithm and Answer Bots are for. The algorithm goes beyond caller ID to stop spam at the source. And the Answer Bots? They exact a little bit of revenge.

There are plenty of spam-preventing options for Android in the Google Play Store, but we’ll tell you one thing—they don’t compare to RoboKiller. Of all the available spam call blocker apps available for Android smartphones, RoboKiller is the No. 1 app for fighting spam calls. Here’s why:

If you’ve been feeling bombarded by spam calls, you aren’t the only one. You can feel the spam call assault every day, but what can you do? We know you can’t personally screen your portion of 5 billion robocalls per month, and your Android doesn’t do the job either. Its reliance on caller ID means you can be missing calls you need and getting calls you don’t.

Instead, we suggest downloading RoboKiller.

RoboKiller stops the spam for good. It uses FTC-award-winning, machine learning and audio algorithms to go beyond the Caller ID, beyond Android’s built-in defenses, and it even goes beyond the Do Not Call List. With RoboKiller, you know who is calling you, and you know whether it’s a legitimate phone call. When the call is not legit? That’s where our Answer Bots come in. They answer the call for you!

RoboKiller never wants you to feel like you’re fighting spam alone. The more people who download RoboKiller, the more we can all take a stand against robocalls. And the more Answer Bots we can unleash. On average, one RoboKiller user blocks 216 spam calls from ever ringing, wastes 95 minutes of spammers’ time, and on average wastes $80 per year. While this may not seem like a big number, it makes a big difference when combined. On average, RoboKiller’s users waste 350,000 minutes of spam callers’ time per month by deploying Answer Bots!

RoboKiller for Android unleashes the powerful impact of Answer Bots, time-wasting bots that our users love. After automatically blocking hundreds of thousands of robocalls and telemarketers from ever ringing on Android phones, Answer Bots will answer those unwanted calls and get to work.

With a powerful army of spam-fighting robots at your disposal, Answer Bots attack every spam caller who calls a phone protected by RoboKiller. These smart bots, powered by audio fingerprinting and machine learning technologies, find the humans behind robocalls and waste their time with zany, crazy, rude, and hilarious recordings of their own.

Listen to an Answer Bot!

Users can pick specific Answer Bots, choose a random selection, or even create and share Answer Bots of their own.

With Answer Bots, every RoboKiller user makes an impact in the fight against robocalls. Last month Answer Bots stole 150,000 hours of time from the human spammers bombarding our phones.

Take the Guesswork Out of Unknown Calls

With RoboKiller’s call screening functionality, you don’t need to stress any time you receive a call from a phone number you don’t recognize. Let RoboKiller screen your calls, so you can only answer the ones you need.

Only RoboKiller Lets You Customize Your Call Blocking

Most robocall blocking solutions offer limited customization features to help you choose how aggressive they should be at blocking dangerous spam calls. Everyone receives and makes phone calls differently. The call blocker you use on your Android smartphone should be flexible enough for anyone looking to stop spam calls!

RoboKiller offers a wide variety of customization features that can help find the perfect balance of blocking spam calls while also receiving important phone calls from numbers that are not saved in your contacts:

RoboKiller Is There for You

RoboKiller for Android protects your privacy. It stands guard day and night, protecting against neighbor-spoofed calls, political robocalls, scam calls from phony IRS agents, and more. Powered by the same technologies that were awarded first prize in the FTC’s Robocalls: Humanity Strikes Back competition, RoboKiller for Android will help users take back control of their phones once and for all.

If you ever have difficulties once you’ve downloaded RoboKiller, there are real people available to help you. Just go to support.robokiller.com. RoboKiller gives you the freedom and resources that you need to answer your phone—whenever you want to. Click here to find out more.