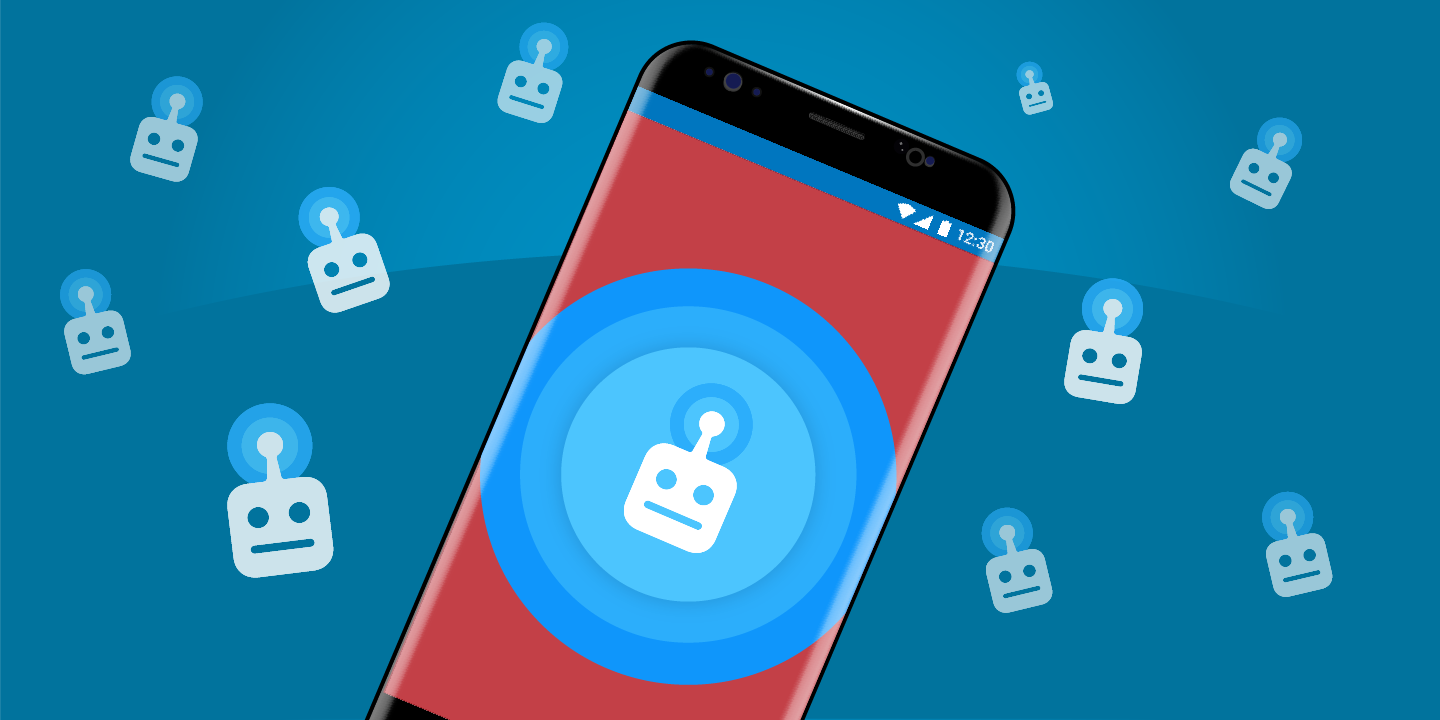 Spam calls are the common cold of telecommunication that refuses to go away. They’re a virus that’s infected phone networks for years, and if you feel like the problem is getting worse, you’re right.

Last month, Android users received an estimated 1.9 billion (yes, billion!) spam calls. So if you’re getting 7, 10, or even 19 robocalls per day, you’re not alone.

How severe is the robocall problem for Android phones?

1.9 billion robocalls per month is a lot. Sadly, that number is still growing. The reason comes down to simple economics.

Because there are more Android phones used in the U.S. than iPhones, Android users take the brunt of spam calls. As long as phone scams and telemarketing operations can keep making money, they’ll keep dialing.

The best way to stop robocalls on Android

If spam calls are the virus infecting phone lines, then a robocall blocker app is like a hospital room. Only friends, family, and doctors can get in.

Downloading a robocall blocking app is the best way to stop spam calls on Android. Here’s why:

Robocall blocking apps that get to the human behind the call and waste their time is the only way to stop them from calling. Last month, RoboKiller wasted more than 50,000 hours of scammers’ time. How’s that for robo revenge?

The telecom industry is highly regulated by the government to create competition and fairness. However, this also slows down innovation and reduces the risks carriers are willing to take.

3. Spam is still a major issue

We don’t want to give anything away, but despite getting spam blocking improvements, Android phones are still getting more telemarketing, scam, and automated robocalls than ever before. We’ll talk about this more in a bit.

How to download a robocall blocker app for Android

Follow the below steps to effectively stop robocalls on Android:‍

1. Go to the Google Play Store or click here

2. Search for “RoboKiller” and tap “Install”

Recently, Google announced an update to its phone app. If you have the latest version of the app, whenever Google detects a call is potentially spam it can automatically kick that call to voicemail.

If only it were that easy. It works for calls that Google can successfully detect. According to The Verge’s Chris Welch, the app “...often fails to pick up on neighborhood spoofing, which are those annoying calls that share the same area code and first few numbers of your own phone number.”

Robocallers are getting more and more sophisticated, meaning even Google won’t be able to catch all the offenders.

‍Phone spoofing and robocall technology are cheap and easy to access by call centers of any size in almost any part of the world. This technology lets scammers quickly change their phone number, meaning you’ll still have to block each suspected spam number that reaches your phone.

‍Scammers have realized that people are more likely to answer their phone if they call from a number that looks local. This tactic is called neighbor spoofing. By using spoofing technology and a bit of social engineering, phone scammers can still bypass the Android Phone app spam filter.

‍Filtering spam calls may prevent most of them from ringing, but the problem exists because scammers make money off innocent people. The only real way to put an end to robocalls is by getting to the humans behind robocalls, wasting their time and their ability to make money.

Yes, the Do Not Call Registry was meant to crack down of phone spammers and put an end to our phone turmoil. It’s a national list of phone numbers who do not wish to receive telemarketing solicitations, managed by the FTC.

Unfortunately, a couple of factors keep this list from stopping phone spam.

The Do Not Call Registry only regulates legal robocalls

The FTC has specific rules for which types of companies can place calls to U.S. residents. Any legal organization which violates this may incur some steep fines.

However, most organizations that already operate illegally, including telemarketers and scam call centers, aren’t afraid of the FTC and will regularly violate these rules. Because it takes a long time for cases to be built and evidence gathered, it’s rare that serious fines are levied on companies that break the rules of the Do Not Call Registry.

Who’s afraid of Uncle Sam? Not scam operations residing outside the U.S.

Put simply, it’s tough for the FTC to indict and prosecute any phone scam operation in another country. Two people in a room who are trying to scam U.S. residents aren’t afraid of Uncle Sam’s wrath.

As long as call centers overseas can make money, there’s minimal incentive to do anything but place more calls.

Yes, you should still sign up and report spam calls to the FTC

Not all spam calls are from illegal call centers. Registering your phone number on the Do Not Call List can reduce the number of legal robocalls you receive.

You can also report unwanted calls to the FTC. Unwanted phone calls are already the top complaint to the agency from citizens.

Doesn’t Android have a way to block phone numbers?

Sure, there are ways to block phone numbers on Android phones manually, but it’s not easy.

Each number has to be blocked one at a time. If you get five to seven robocalls each day, you’ll have to block over 200 each month. The heartbreaking thing is that even after all that work, scammers change their phone number on a whim using caller ID spoofing to mimic a local phone number or make one up.

Additionally, Android phone manufacturers have a unique process for blocking a number depending on who made your phone. There are different steps for each brand that you can find here.

Of course, if you have a robocall blocker app, it will automatically keep over 200,000 known spam numbers from ringing and make blocking any other number a one-step process.

The painless way to block robocalls and get revenge

In the end, robocall blocking apps like RoboKiller are the remedy to the robocall infection.

By blocking scam calls, stopping neighbor spoofing, and getting revenge on robocallers, RoboKiller is helping solve the robocall epidemic and relieving the headache robocalls cause.