How to Block Group Spam Texts on iPhone & Android 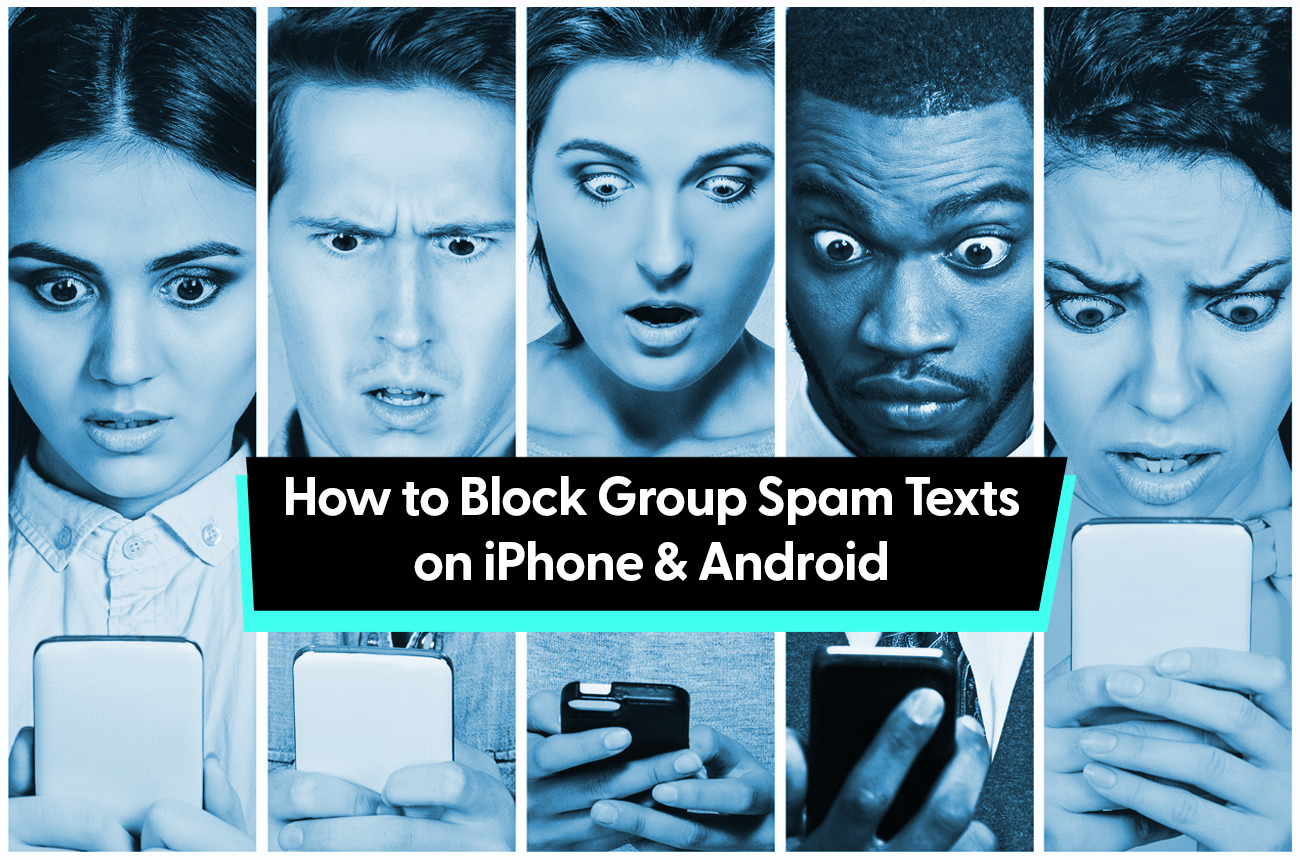 Combining the benefits of chat rooms, email threads, and conference calls into one convenient cluster of bubbles, group texts let us keep in touch with any combination of our connections at the same time. They make it easy to converse with people close to our hearts but far from our living rooms, even when time zones don’t quite line up.

Unfortunately, the increasing popularity of group texting hasn’t been lost on scammers; just as they shifted their focus to spam texts over spam calls in recent years, they’re catching on to the group text trend as well. As group texting becomes more popular, the risk of encountering spam increases.

On the upside, RoboKiller is a comprehensive spam text blocker for iPhone that fortifies your phone against scammers. Download the app and read on to find out how to block group spam texts.

As people started favoring texting over calling—by a factor of five, at that—spammers followed suit. Marketers became keen to the trend and found success. According to one study, 95% of marketing text messages were opened and responded to within just three minutes. That type of response rate makes it an appealing tactic for marketers and an equally opportune forum for scammers to exploit.

While marketers aren’t the enemy, they are sometimes the disguise. Spammers may infiltrate your group texts while posing as well-known companies like Amazon or Best Buy, or sometimes even government entities like the IRS. Since people are more likely to respond to texts than calls, spammers use group texts to target bunches of people at the same time.

Group messages can include 20 or more people, depending on the application and hardware being used, and large groups can get somewhat chaotic. Though spammers can’t add themselves to your existing groups, they can quickly create a confusing scenario by adding a few dozen people to a group chat and sending a stirring message—especially if they’re posing as someone else. It’s important to understand how to handle these group spam texts so you can keep your privacy and your personal information safe.

Texting is the new favorite medium for phone scammers—Americans received 87.8 billion spam texts compared to 72.2 billion spam calls in 2021—so where there are group texts, there will be spam. As long as there’s RoboKiller, however, there’s a strong defense in place to help protect your privacy.

Text messaging has dethroned the phone call, and it’s not just because of the switch from clunky numeric typing to smooth touch-screen keyboards. Rather, we tend to prefer texting over calling because texting allows us to:

In a nutshell, texting is less intrusive and more convenient—that is, when the person texting you is someone you know. When you’re being targeted by scammers, on the other hand, every attempt at communication is both intrusive and inconvenient.

Fortunately, with the help of RoboKiller and a little know-how, you can fight back against group spam texts.

Everyone gets spam, but there are ways to stop the influx. The way you handle the spam you get now affects the amount you’ll get in the future. Remember these tips to fight the spammers and avoid their traps.

Being bombarded with spam messages can get frustrating, and it’s often tempting to hit back with some trolling of your own. Unfortunately, just by responding to spam texts, you confirm that you have an active phone number. If you get a suspicious group text, don’t send a response.

Responding to spam texts is dangerous in that it tips off the sender that your phone number is active, but clicking the links can take you down an even more hazardous path. These links typically lead to fake websites that solicit personal information or malware that automatically downloads to your device. Never tap or click links that you receive in group texts from unknown numbers.

It’s best to cut spammers off as soon as they try to reach you. Here’s how to stop group spam texts on iPhone and Android by blocking the sender:

As an alternative to blocking and reporting the number directly through your phone’s messaging app, you can forward a copy of the message to 7726 (SPAM). This is another free and simple way to sound the alarm on spammers.

Downloading a spam blocker is important, but downloading the most effective one is critical; that’s why you need RoboKiller. Take the following steps to download RoboKiller:

Why RoboKiller Is the Answer

Spammers follow societal trends and adapt their methods accordingly, but RoboKiller stays a step ahead. Our spam blocker app cracks down on both calls and texts, including group spam texts.

There are a few spam blockers out there, but none of them match up to RoboKiller. Our award-winning app features:

Enjoy a FREE 7-day trial when you download the RoboKiller spam text blocker on your iPhone or Android, and keep spammers out of your pocket for good. 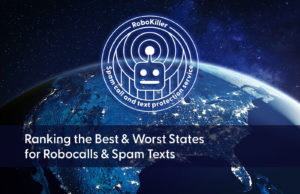