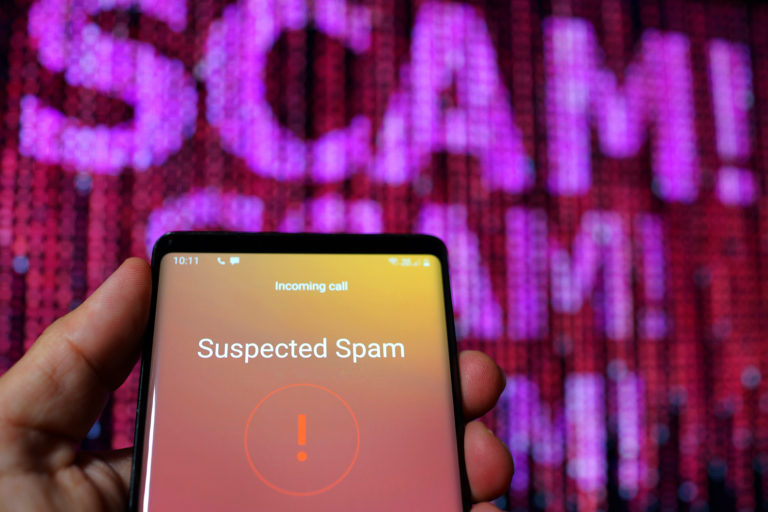 In March, spam text messages reached 7.4 billion. While spam text messages are not new to the game, they have recently surpassed spam call levels in recent months, making it clear that spammers show no signs of slowing down or using new techniques to reach consumers. Spam calls in March also reached record-levels at 6.3 billion, surpassing October’s previous high of 6.1 billion.

A record-breaking month... and it won't stop here.

March’s record-breaking totals mark a key inflection point in the fight against phone scams. With more Americans now wary of answering phone calls from unknown numbers, recent trends show that scammers rely more heavily on text messages as their weapon of choice to steal from more Americans over the phone.

‍Why text messages? Well, spammers can reach Americans faster, text messages are easier to send, and likely have a higher engagement rate. We’re only four months into the year, but RoboKiller predicts Americans could receive roughly 90 billion spam texts, and it looks like we could be on track for this to be the case with 19 billion spam texts this year so far.

What’s causing the rise in spam calls and texts?

Spammers thrive during times of uncertainty and economic stress, and 2020 showcased no shortage of either. Why is this the case? Because it can be easier for the more vulnerable to fall victim to their scams during unprecedented times.

One possible explanation for the recent increase in spam texts is related to the upcoming STIR/SHAKEN deadline coming June 2021. STIR/SHAKEN is a caller ID authentication framework created by the TRACED ACT in 2019 and is designed to limit caller ID spoofing on all phone carriers in the United States. With that deadline quickly approaching, scammers could be testing new ways to scam Americans over the phone in anticipation that STIR/SHAKEN’s framework will impact their ability to place spoofed spam calls.

March exceeded February’s 5.6 billion by 12%, proving that scammers mean business in 2021, and any American who owns a smartphone should prepare for a flood of unwanted calls. Spammers are clearly making up for lost time and money since 2020 impacted their ability to place spam calls when countries were shut down, and quarantine orders were in place.

What's being done to stop robocalls?

Recently the FCC fined two Texas-based telemarketing companies $255 million for making automated robocalls in 2019. This is the largest fine to date and part of an expanded effort to stop automated robocalls. Since the FCC announcement, RoboKiller has noticed a slight dip in health insurance-related spam calls but anticipates this drop could be temporary.

In addition, The Pallone-Thune TRACED Act was signed into law in 2019 to help protect consumers from spam calls. One important requirement for this law is that voice service providers (VoIP) must implement STIR/SHAKEN, which uses digital certificates to authenticate calls, determine their legitimacy, and inform use cases such as labeling potential spam calls as “scam likely.” Most larger phone carriers will be required to enact STIR/SHAKEN by June 2021 in an attempt to restrict caller ID spoofing. Smaller phone carriers have exemptions lasting until 2023 and, in some cases, beyond.

How can you stop unwanted spam calls and texts?

Spam calls and texts can be intrusive, annoying, and sometimes dangerous. Luckily, there are some ways you can reduce or even stop the number of unwanted messages you receive.

Download a spam call and text blocker like RoboKiller to equip your phone with the latest phone-scam-fighting technology. Apps like RoboKiller use global databases of millions of known scams to prevent them from reaching you in the first place.

How does RoboKiller stop spam calls and texts?

RoboKiller has continued to advocate against phone fraud, help shut down scam operations, and invest heavily in robust spam text and spam call blocking technology to stop dangerous scams from reaching consumers. In 2020, RoboKiller prevented over $37.7M in consumer losses to phone fraud, wasted over 104 million minutes of scammers’ time, and blocked more than 200 million spam calls. RoboKiller’s powerful spam call and SMS blocker algorithm prevent dangerous phone scams and text messages from reaching Americans nationwide. Here are the benefits of downloading RoboKiller onto your or your loved one’s Android or iPhone: