The Quick Guide to Using the Law to Stop Robocalls 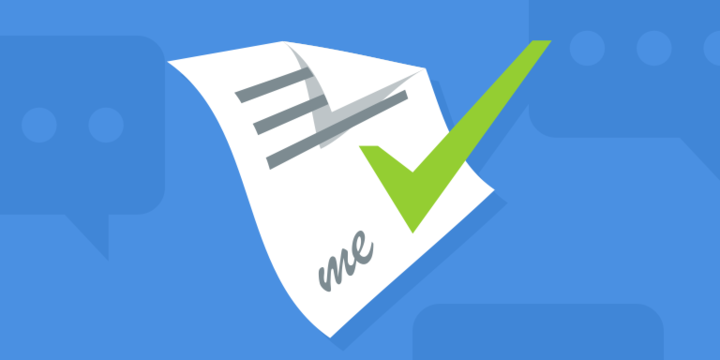 Receiving unwanted robocalls from “cardholder services”, “sweepstakes winners”, or even the “IRS”? You’re not alone. 4.5 billion robocalls were made in June 2018. That’s nearly 18 robocalls for every person!

It’s not hard to understand why robocalls were the number one complaint to the Federal Trade Commission in 2017. A grand total 7,157,370 complaints were made against robocallers and telemarketers.

As a consumer and a likely recipient of robocalls, there is plenty of legislation designed to help protect you from illegal robocalls. However, if you want to stop robocalls for yourself, it's important to understand the limitations of these laws and to find ways to protect yourself.

A robocall is one of many types of phone calls that are considered spam. By definition, a robocall is a phone call that uses a computerized autodialer to deliver a pre-recorded message, as if from a robot. The most common types of robocalls are often associated with political campaigns, telemarketing phone campaigns, emergency announcements. In recent years, robocalls have also been associated with major phone scams, costing US consumers millions of dollars each year in fraudulent collections.

Technology is to blame for the rise in unwanted robocalls worldwide. The FTC has seen a significant increase in the number of illegal robocalls because internet-powered phone systems have made it cheap and easy for scammers to make illegal calls from anywhere in the world, and to hide from law enforcement by displaying fake caller ID information. Source: FTC

All robocalls must do two things to be considered legal. Federal law requires all telephone calls using pre-recorded messages to identify who is initiating the calls and include a telephone number or address whereby the caller can be reached. In most instances, legal consent or "opt-in" is also required to place pre recorded telephone calls to landline and mobile phones. Below are the most common types of legal robocalls:

Illegal robocalls are much more dangerous than they are annoying, primarily because they have no regard for any government communication laws put in place by the FTC or FCC. No illegal robocaller is ever going to register with the government or buy into the Do Not Call List to place calls that are fraudulent by design—they are very much aware what they’re doing is illegal and fraudulent. And though the contents of their robocalls may vary, they are all calling with the same intention: to steal something from you.

Understand your Rights: the Rules of the Robocall Road

Opting-In: Your Consent to Receive a Robocall Matters

"Your written or oral consent is required for ALL auto-dialed or prerecorded calls or texts made to your wireless phone number(s)."  A simple way to determine if a robocall to your smartphone is illegal, fraudulent, or both is to determine whether or not you recall opting into receiving robocalls from the organization of which is calling. If you cannot recall opting into communication, this robocall is illegal and most likely a scam. — FCC Consumer Guide to Robocalls

Under the Telephone Consumer Protection Act, FCC rules require a business to collect written consent on paper or electronic consent including website forms, a telephone keypress, or a verbal recording of consent—prior to making a prerecorded telemarketing call to mobile phone number.

An "established business relationship” has never been an appropriate reason to place a robocall to a mobile phone. There are a few instances these requirements do not also hold true for robocalls placed to landline phones, primarily political robocalls, market research calls, and legally registered charities. These callers are not held to the same rules and regulations as mobile phone numbers, but must always identify themselves and the organization of which they are calling from.

‍Unsubscribe: Opting Out of Robocall Communication

‍The National Do Not Call Registry is a list of telephone numbers of individuals and families in the United States who have requested that telemarketers not contact them. Placing your home or personal wireless number on the National Do Not Call Registry prohibits telemarketers and robocallers from calling you, even when they do not use autodialers or prerecorded messages. Callers are required by law to purchase into this list before placing telemarketing or robocalls, unless you have given them your prior express written permission to call.

Robocallers are allowed to call a wrong number registered on the Do Not Call list only once before updating their database. This commonly occurs when a consumer gets a new phone number, as the previous owner may have provided consent to be called. Telemarketers have solutions accessible to them that allow them to understand if a number's owner has “changed”, so a second call is nearly never accidental.

To opt out of robocall communication from a specific organization or caller, laws require the telemarketer to provide an option to decline to receive additional telemarketing robocalls during the robocall through an automated menu. The option to opt-out must be announced in the message and must be available throughout the entire call. Consumers can revoke permission to be called or texted from the entity at any time, even if permission was once granted. A company cannot require someone to fill out a form and mail it in as the only way to opt-out.

Many times, illegal robocallers will place calls in which the automated opt-out menu is not working, keeping you on the line for many minutes while trying to unsubscribe. This is a trick designed to allow robocallers to identify that there is a real person behind the phone, so they can flag your phone number and continue to call you.

How to Stop Robocalls: Traditional Methods Only Reduce Robocalls Instead of Permanently Stop Them

Due to the complexity and scope of the robocall problem, the traditional methods of reducing robocalls can only help to reduce the number of unwanted calls you receive. This is because the laws designed to help protect consumers and inform the public of preventative steps are not equipped to stop robocalls entirely. Taking the following precautionary steps can ensure you are protected by the FTC & FCC laws and regulations, but will not stop robocalls for good:

As mentioned above, the Do Not Call Registry is a nationwide do-not-call list that prevents legally registered companies from placing telephone solicitation calls to your phone number. The FTC and FCC recommend listing both your mobile and landline phone number(s) on this registry to reduce the number of unwanted calls placed to your phone.

Report Robocalls to the FCC

If you receive a robocall you suspect to be suspicious or illegal, it is recommended to file a formal complaint with the FCC. Filing a complaint won’t block or stop a robocaller from trying you again, but it will help the FCC flag frequent offenders and inform the public of potential fraud.

When filing your complaint, make sure provide the phone number of the caller, the date of which you requested not to be called, and any details you can remember about what the caller was soliciting. Because a lot of these phone numbers are untraceable, the FCC analyzes commonalities in scam schemes, times of which they call, and other common factors to track and reprimand offenders.

Stop Robocalls For Good: The Law is Limited But You Are Not

Even if you’ve already taken the FCC’s recommended steps, you’re likely still receiving unwanted robocalls. Understanding the rules and regulations designed to protect consumers can help to identify the point of which you will need to take matters into your own hands. The concept of the most effective solution to the robocall problem is simple—stop robocalls from ever ringing your phone. If robocallers cannot get you on the phone, they cannot waste your time or steal your money or identity.

However, this can be challenging to do using only the government's rules and regulations. Because the Commission's rules and regulations don’t directly support blocking robocalls, it is in your best interest to invest in third-party solutions such as robocall blocking apps for cellular phones or spam identification hardware for landline phones. Solutions such as mobile apps are recommended by the FTC & FCC to help to save time and protect phone privacy by preventing robocalls from ever ringing your phone.

RoboKiller Users Solve the Robocall Problem for Themselves

RoboKiller, winner of the FTC’s Robocalls: Humanity Strikes Back robocall blocking competition, provides spam protection against unwanted callers and in real-time caller identification for mobile phones. RoboKiller stands apart from other spam call blocking apps because it was not just designed to block robocalls, it was designed to put the scammers behind them out of business.

Each year, one RoboKiller user makes a big impact in the fight against robocalls, blocking over 200 spam and robocalls from ever ringing and wasting 100 minutes of spam callers' time with our hilarious Answer Bots. RoboKiller offers the most comprehensive and up-to-date protection from both legal and illegal robocalls.

Get Started with a free one week trial of RoboKiller!