Inside the FCC’s Anti-Robotext Campaign: What it Means for Americans 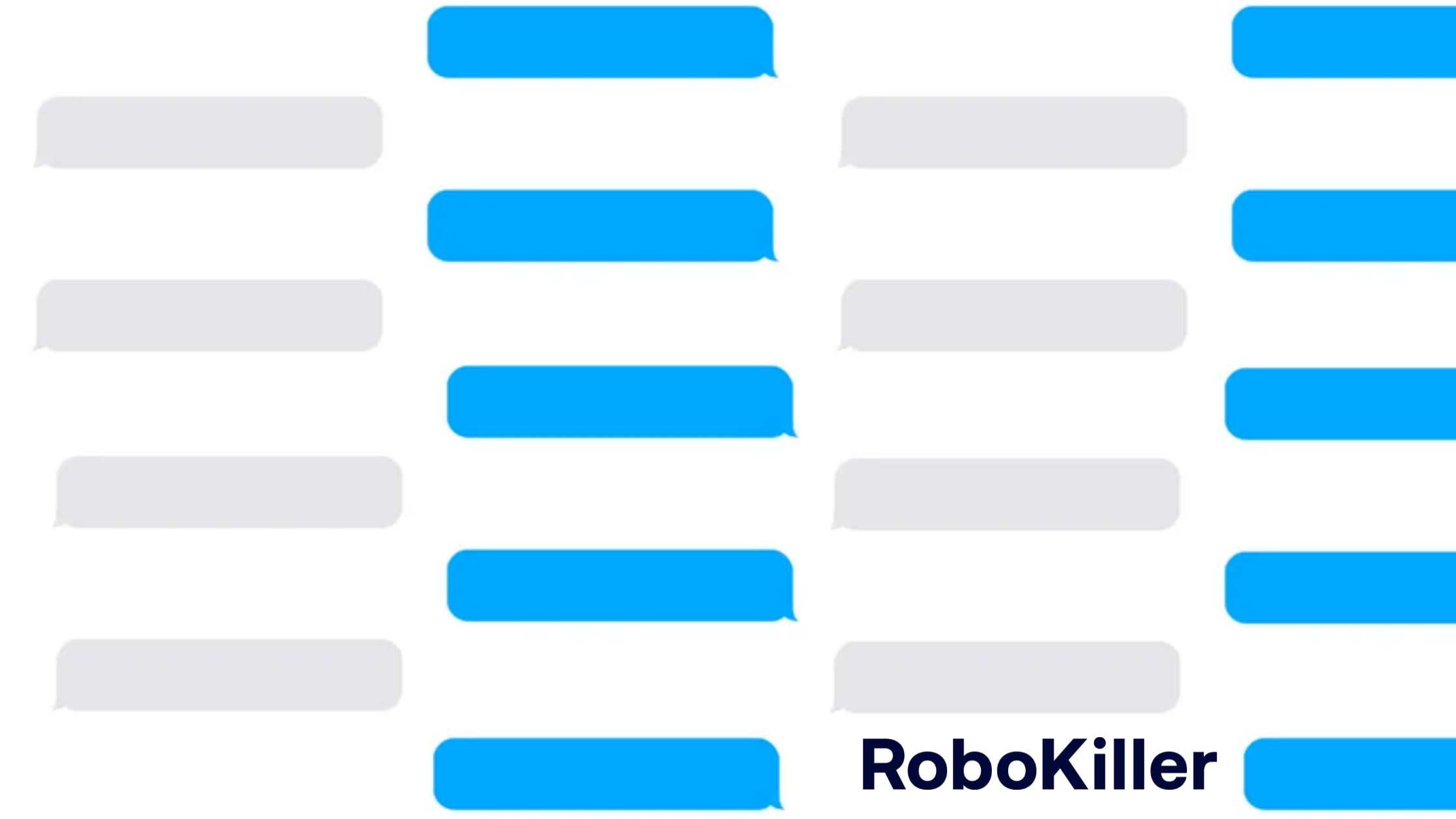 The Federal Communications Commission (FCC) recently announced it will take steps to eliminate spam texts, a welcome development for the millions of Americans plagued by SMS scams. According to Robokiller, robotexts significantly outpace robocalls, making this a critical issue to solve.

Americans have received upwards of 10 billion spam texts every month since March 2022. And these messages are costly — consumers report financial losses between $800-$1,000 per text scam. Robokiller estimates that Americans will lose up to $89 billion to phone scams in 2022, more than double that of a year ago.

Bottom line: Americans are more phone-spammed and vulnerable than ever before.

Robotexts, sometimes referred to as “spam texts'' or "smishing scams", are a type of phone scam that uses autodialing technology to send large quantities of unwanted text messages with the goal of tricking recipients into providing sensitive information or making unauthorized purchases. These scams can take many forms including fake alerts from banks and government agencies, offers for free prizes and services, and links to malicious websites.

Though SMS spam has been around for some time, scammers have been honing their craft in recent years to make their scams more believable. Their newest strategy, brand imposter scams, involves posing as representatives for brands people know and trust. That way, the target is more likely to fall victim to the scam.

Here are a few examples:

Hello! You missed our delivery. To redeliver your package (UPS-70287603), please go here

Robocallers also use imposter scams — they often pose as the IRS, Social Security Administration, banks, and other well-known organizations that routinely interact with customers. However, these text scams can be more dangerous than robocalls because they often contain links to websites that install malicious software on the recipient’s smartphone.

The industry focus on thwarting robocalls is working

Up to this point, the telecommunications ecosystem has focused on an industry-wide effort to stop dangerous and illegal robocall scams with the rollout of the FCC’s STIR/SHAKEN legislation. Released in July 2021, STIR/SHAKEN is a caller authentication framework designed to prevent caller ID spoofing, a tactic used by scammers to hide their real caller ID in an effort to trick consumers into answering the phone.

The implementation of STIR/SHAKEN has allowed the FCC and the telecommunications industry as a whole to take meaningful steps in protecting consumers against dangerous robocall scams — and the numbers support it. In 2022, Robokiller projects robocall growth will slow significantly at a 9% annual growth rate, down from 30% in the year prior. Some key milestones that are behind these numbers:

In July 2022, the FCC was able to identify and issue a carrier-wide shutdown of a robocall operation suspected to be behind the infamous car warranty robocall.

In November 2022, the FCC issued its first shutdown of an international telecommunications provider that failed to comply with STIR/SHAKEN.

For the first time, a voice service provider is being cut off from other networks for failing to meet the FCC’s requirements for protecting consumers against scam #robocalls and malicious caller ID #spoofing. - @FCC on Twitter

In December 2022, the FCC issued its second carrier-wide shutdown of a suspected robocall operation responsible for the 2022 spike in student loan phone scams.

Scammers are leaning into robotexts to stay ahead of regulations

While the momentum and impact of the aforementioned efforts to curb robocalls is invigorating, scammers have unfortunately stayed one step ahead. The significant increase in robotexts observed by Robokiller over the past two years is believed to be a direct result of the industry’s focus on stopping robocalls. Scammers found a new way to steal from people over the phone and Americans have lost millions as a result.

While this shift has left consumers vulnerable, there’s hope that robotext relief is on the way. The Robokiller team is thrilled to witness the FCC’s effort to address the rising spam text problem head on and without delay. It’s clear in the FCC’s recent address that the Bureau understands these new dynamics and fully intends to respond swiftly and thoroughly.

“Although the increased number of complaints is troubling, it is not surprising. As federal and state law enforcement have worked tirelessly to combat the bad actors sending illegal robocalls, as well as the voice service providers that put their proverbial heads in the sand when transmitting illegal traffic to American consumers, we agree with the Commission that bad actors have most likely shifted tactics to take advantage of consumers’ most favored method of communication – text messaging.” - FCC comment, Targeting and Eliminating Unlawful Text Messages, CG Docket No. 21-402

Will the FCC’s new anti-robotext proposal make an impact on text scams?

The anti-robotext proposal put forth by the FCC is a great first step in developing a unified approach to stopping spam texts and Robokiller fully supports the effort. Adopting a caller ID verification system for robotexts, as we’ve done with STIR/SHAKEN for robocalls, should improve the safety of the text ecosystem. We’re happy to see that considerations to adopt robotexts into this framework are already underway. The industry already took similar self-policing steps with the introduction of 10DLC via the campaign registry (TCR) back in 2020, which was an imperfect but significant step.

That said, there are some key differences between texts and calls that ultimately necessitate a different approach to stopping them. For example, because texts need to originate from a messaging gateway — which is more tightly controlled than similar phone systems — it’s not as easy to spoof texts, therefore it’s not as big of an issue in the messaging domain. Additionally, robotexts are deposited straight into consumers' messaging apps or inboxes, whereas robocalls must be answered to pose danger.

For these reasons, the long-term solution to the robotext problem is a stronger registration process that ensures only good actors have the means to send large volumes of SMS messages. Some of the proposals for providers to block text messages at the network level could help to stop specific types of text scams. Still, it’s unlikely to be the silver-bullet solution to reducing the number of spam texts Americans receive in aggregate.

Though the FCC’s efforts to address scammers’ recent shift to robotexts is swift and faster than the initial response to the robocall problem, it will likely take some time — perhaps multiple years — for Americans to see the full impact. Unfortunately, from the trends we’ve observed, scammers don’t plan on slowing down their robotexting and people will have to take matters into their own hands to protect themselves.

There are a number of tools and resources available to prevent these types of scams, notably Robokiller. Our technology is uniquely positioned as the most effective and comprehensive solution for preventing both robocall and robotext scams from reaching smartphones. Robokiller is the only app that blocks up to 99% of spam calls and texts.

Robokiller uses a combination of artificial intelligence, machine learning, and a community-driven approach to accurately identify and block robocalls and robotexts in less than 0.01 second, while also providing users with the ability to report any suspicious activity they encounter. This technology, combined with Robokiller’s global database of more than 1 billion known phone scams, is the most proactive and predictive approach to preventing new and existing scams from reaching consumers’ phones.

Robokiller is the most comprehensive solution to phone scams

Robokiller was the first on the front lines of the robotext fight and remains the leading solution to this growing problem. Our best-in-class app has not been our only focus in this fight, however. In 2021, Robokiller introduced a new API-based enterprise technology to help providers and carriers identify and stop dangerous spam calls and texts on their networks.

Robokiller’s enterprise API technology instantly protects networks of any size against 99% of known phone scam traffic and meets the STIR/SHAKEN regulatory requirements for building a robocall mitigation program. Our enterprise technology is designed to integrate into any network large or small to ensure every provider has access to cutting-edge phone spam protection.

The release of Robokiller Enterprise alongside new advancements in the Robokiller app’s spam text blocking solution underscores our effort to provide the most comprehensive suite of anti-phone-scam technology available. We work tirelessly to make the largest impact possible in the fight against robocalls and robotexts.

Looking to eliminate spam calls and texts on your personal smartphone? Try Robokiller free for 7 days.

Seeking a way to secure your business network against phone scams? We can help with that, too. 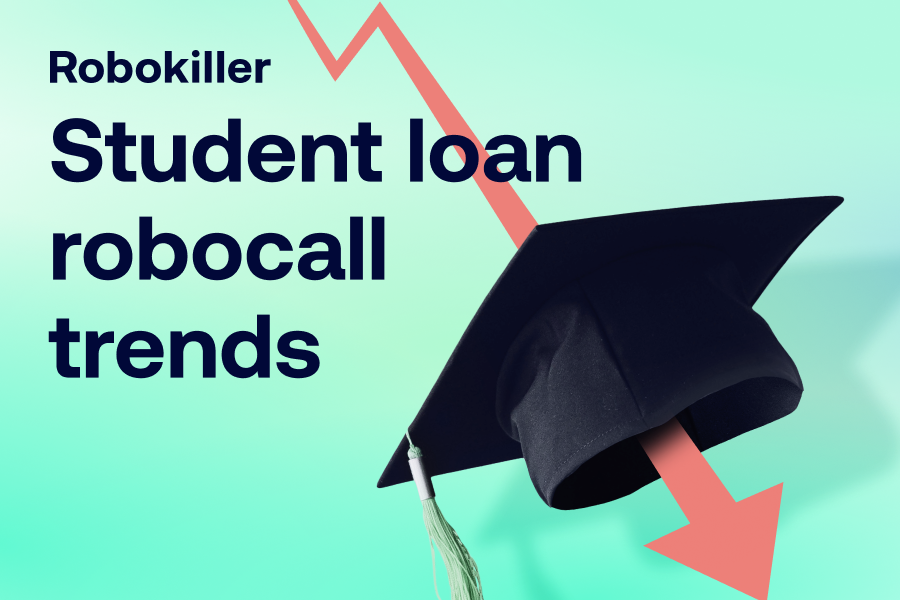