How to Create a Custom RoboKiller Answer Bot (and WIN!) 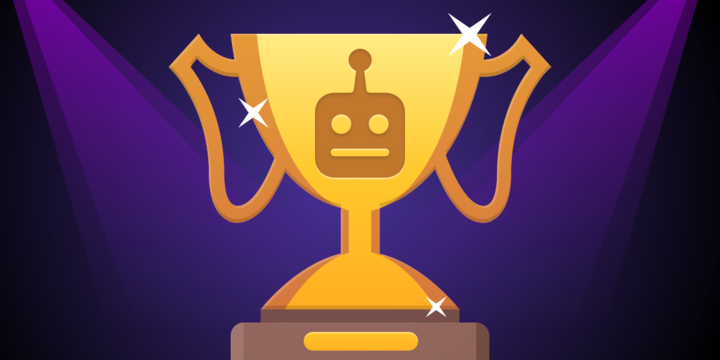 Hey RoboKiller users! Not too long ago, we launched a new feature that lets you create Answer Bots of your own. Beginning with version 3.2, all RoboKiller users can now personalize your revenge on all the annoying, harassing, and downright dangerous spammers trying to waste your time and steal your money. We’ve had a lot of fun creating Answer Bots that get under telemarketers’ skin. To celebrate, we’re launching a Custom Answer Bot Contest to grow RoboKiller’s army of hilarious spam-fighting Answer Bots. In this post we’ll cover:

Using Custom Answer Bots, RoboKiller users can design, record, and share their own Answer Bots with RoboKiller for a chance to be featured in the RoboKiller’s Answer Bot Library! If selected, other RoboKiller users will be able to select your hilarious pre-recording to fight spam calls from all over the world. You can submit your contest entry by following the below steps:

Additional Contest Details: No copyrighted material can be included. All submissions become the property of TelTech Systems and may be used for marketing purposes.

How to Create a Custom Answer Bot with RoboKiller

By now, you probably already know that Answer Bots are RoboKiller’s scripted recordings. They are played back to spammers in order to trick them into believing they are speaking to a live human. As long as the bad guys think they are talking to a real person, that is one less person’s time they are wasting or money they are stealing. If you’re new to Answer Bots, or simply need a refresher, follow the below steps to create your very own custom Answer Bot.

Tips and Tricks to Create a Custom Answer Bot

Thanks to years of experience fighting spam and robocalls, the Answer Bots included in RoboKiller have been carefully constructed to cause maximum damage to the bad guys. While we won’t give away all of our secrets, here are a few that will help you make your custom Answer Bot more effective.

We don’t like to brag, but we think we have some pretty hilarious Answer Bots. Whether you get the biggest kick out of the Movie Set Answer Bot, the Chafed Calves, All Fifty States from an Idiot, or the Vocal Training Exercise, taking revenge on spammers has never been so sweet!This month, our Answer Bot Hall of Fame feature is Pretty, Pretty Good Day. This Answer Bot is one of many that have wasted nearly 10,000 hours of spammer’s time in last month alone! Check out this hilarious recording of a spammer trying to scam an innocent RoboKiller user into a free trip to Vegas:

Here’s the recipe for why this Answer Bot is so great:

Custom Answer Bots Are the Revenge Against Spammers You’ve Been Waiting For!

To conclude, we’re excited to team up with RoboKiller users like yourself to build our army of spam fighting Answer Bots. As we continue to grow, so will our Answer Bots until there is nowhere for spammers to hide. What if scammers, arrogant debt collectors, and annoying robocallers spent countless hours talking to pre-recorded messages, thinking they’re talking to real people? Picture their embarrassment when they realize they’ve mistakenly been talking to a robot for five minutes, missing their call quota for the day, week, month, or even year! Custom Answer Bots do just that, allowing you to (finally) get the revenge you’ve been waiting for and easily share it with friends!