The Equifax Scam: Phone Spammers Are Eager to Steal from Compromised Victims 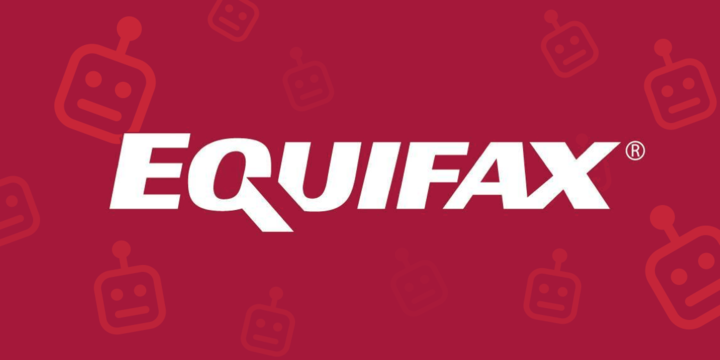 Equifax, one of the three major credit reporting agencies in the United States, informed the public late last week of its widespread data breach affecting 143 million consumers nationwide. If you have a credit report, there's a good chance that you’re not only at risk for identity theft, but also for a major phone scam targeting victims of the Equifax data breach.

According to Equifax, the breach lasted from mid-May through July. The hackers accessed people’s names, Social Security numbers, birth dates, addresses and, in some instances, driver’s license numbers. They also stole credit card numbers for about 209,000 people and dispute documents with personal identifying information for about 182,000 people.

The Equifax Scam: Phone Scammers Take to the Phones Posing as Banks

While many victims of the breach scramble to freeze their credit and subscribe to fraud monitoring services, phone scammers have taken to the phones in attempts to steal personal or financial information from vulnerable consumers. These phone scam artists call posing as your bank, credit card company, or credit union. The scam is designed to attempt to trick people into thinking their bank is informing them their financial data has been compromised, asking you provide information regarding your credit, banking information, or social security number in order to resolve the matter.

If you’ve confirmed or simply suspect your information has been compromised in the Equifax data breach, follow these tips can help to ensure you do not fall victim to the Equifax Phone Scam:

Many times, phone scammers are successful in stealing victim’s personal identity or financial information over the phone because they call from fake numbers that look like they are from the target’s local area code. By calling from a number that may look like it’s from your local bank, consumers may be more inclined to believe the call is legitimate and therefore pick up the phone.

‍Neighbor spoofing, or NPA-NXX spoofing, is a phone hack that allows spam callers to call from numbers that are not their own, making their true identity nearly untraceable without advanced audio fingerprinting technology. Because it’s nearly impossible for your iPhone or Android to identify if this caller is really your bank or credit card company, the FTC recommends downloading a third party spam call blocking app that has the technology accessible to identify if the call is fraudulent.

Never provide personal or financial information over the phone without verification

Many times, scammers will demand you take action within a short window of time—particularly while you are still on the phone with the caller. This tactic is designed to put pressure on the caller to make an emotional decision and instill fear there may be a consequence if the caller does not take action immediately. This tactic is especially popular with scams requiring financial payment such as the IRS Scam or Equifax Scam. In these situations, it is always okay to request the caller send verification by email or mail and request a callback number to continue the conversation after receiving formal verification.

Reporting suspicious Equifax scam calls to the FTC will help others, but won’t protect you

Though reporting a suspected Equifax scam call to government organizations such as the FCC and FTC may help prevent the scam artist from successfully stealing from other targets, it will not prevent them from calling you again—especially if you’ve answered the phone. The FTC cannot easily trace the report you’ve filed primarily because of phone spoofing. Because this phone number provided in your report is not the true phone number that belongs to the scammer, it’s a lot more difficult to track than you might think. Instead, the FTC relies on analyzing the commonalities in the contents of the scam call and similarities in audio and voice recognition.

Because the Commission cannot support blocking these calls, (nor do they have the technological infrastructure to support it), third-party apps such as RoboKiller are invaluable to ensure you are not at continued risk from the Equifax Phone Scam. The FCC even recommends it as the part of the most effective to prevent scam calls!

The true concept of the solution, of course, is to ensure these scam callers never even reach your phone. If they cannot get you on the line using their beloved neighbor spoofing tactics, they can’t rob you of your time, money, and personal identity—especially when you are most vulnerable.

While government organizations such as the FCC recommends downloading a third-party spam and robocall blocker app, they cannot formally endorse specific products for any type of scam blocking solution. However, RoboKiller won the 2015 Federal Trade Commission’s (FTC) Robocalls: Humanity Strikes Back competition.

RoboKiller is the #1 rated scam call blocking app and offers global blacklisting, phone spoof fingerprinting, and automatic spam call identification technology needed to stop scammers from ever reaching your phone. RoboKiller even answers scam calls for you with hilarious pre-recorded messages to keep scammers on the phone and waste their time and resources. Starting at only $2.99 per month, RoboKiller is an easy investment to ensure your privacy and personal information is protected from annoying spam calls. Join the fight to stop the Equifax scammers for good, all while enjoying a scam call free smartphone!

Get started with a free one week trial of RoboKiller!