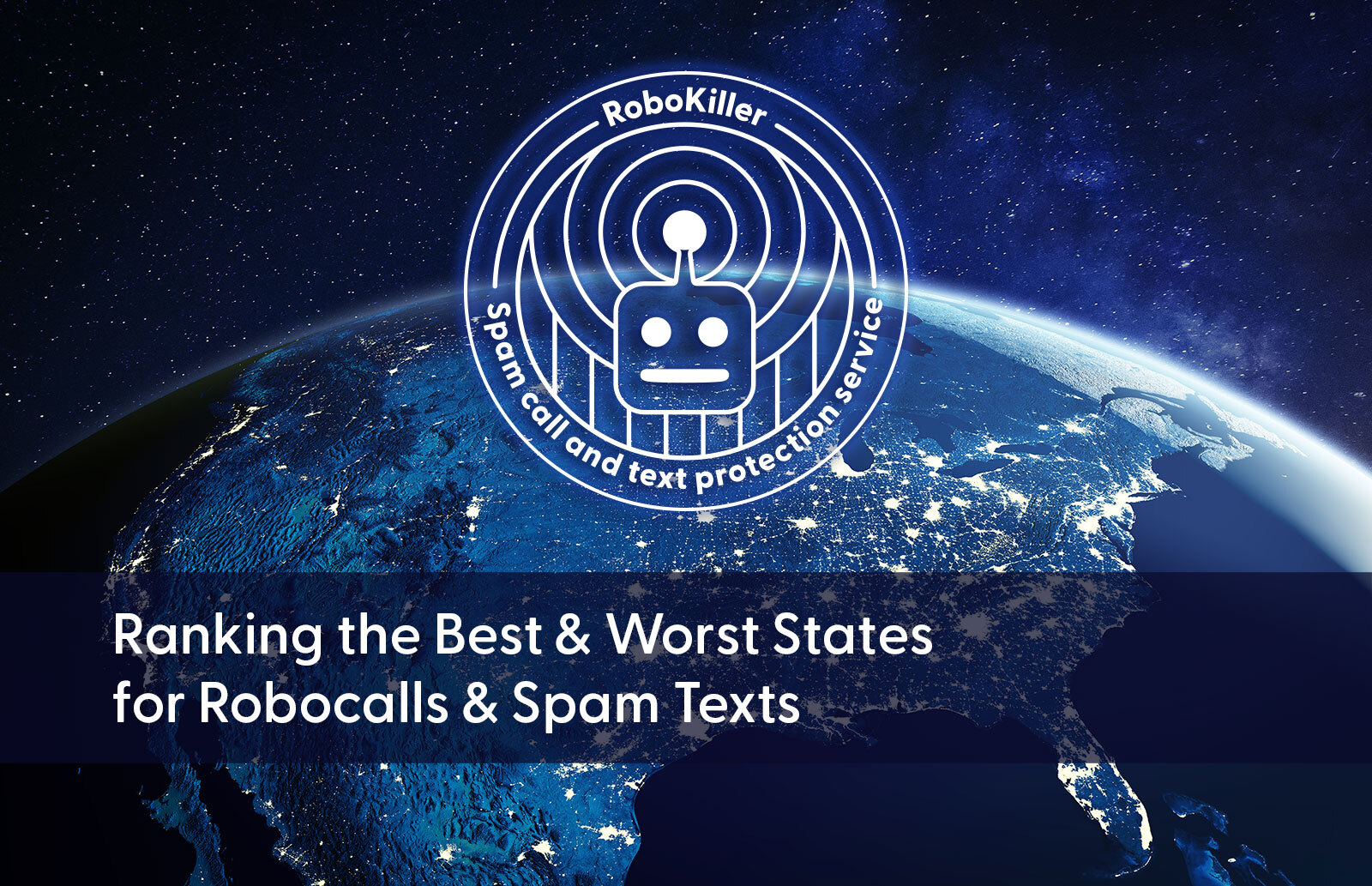 The phone spam problem took an invasive step forward in 2020, and it took another stride in the same direction in 2021. However, not every state was affected equally. States with larger populations had more spam, as you’d expect, but some of the more sparsely inhabited states still made waves on a per capita scale.

The big picture, unfortunately, continues to show spam all over the map. That’s why you need to download a spam blocker like RoboKiller. That way, you’re protected no matter where you are. Are you curious about the geographic complexion of robocalls and spam texts in the United States? Read ahead to find out where you’re most and least exposed to it.

States With the Most Phone Spam Overall

More people generally means more total spam, so it’s no surprise that the top states for phone spam are some of the most populous.

On the spam call side, Texas led the United States for the third year in a row. Following a modest jump from 5.9 billion in 2019 to 6.3 billion in 2020, scammers bombarded Texans with 8.9 billion unwanted robocalls in 2021. Florida, Ohio, and Georgia are newcomers to the Fraud Five list, accounting for 4.8, 3.1, and 2.9 billion spam calls in 2021, respectively.

Keeping population in mind, the top states for text spam look expectedly similar: Texas, California, Florida, and Ohio make up 80% of each top five list. Whereas Georgia ranked fifth in spam calls, it fell off the list for New York to squeeze into the middle (number three) spot for spam texts in 2021.

States With the Most Phone Spam Per Capita

Things look a little different when you switch to a per capita view. Though some of these states may not have put up the same kind of numbers as their larger counterparts in total, they dominated in terms of spam calls and texts that each person with a phone received individually.

While Texas, Georgia, and Ohio made the top five list for spam calls in 2021, they’re the only repeat states to show up in the top 10 for spam calls per capita as well—though Georgia (339) and Ohio (323) both dropped below the upper five.

On the safer side, residents of Alaska, Hawaii, and Massachusetts experienced the least amount of spam calls per person in 2021. And although New York is one of the most densely populated states, it ranks among the least spammed on a per capita basis.

West Virginia led the way in spam texts per person, with a whopping 515. Meanwhile, New York, Texas, and Ohio—which comprised much of the top five list for spam texts overall—decorated the middle of the per capita list as well.

On the flip side, Colorado, Massachusetts, and Utah had the least amount of spam texts per person in 2021. Luckily for Bay Staters, Massachusetts had some of the lowest rates of both spam calls and texts per capita in 2021. New Hampshire also ranked on both bottom 10 lists, making New England a relatively safe haven from spam last year.

How to Stay Spam-Free, No Matter Where You Call Home

Location isn’t the only factor that affects the amount of spam that reaches you day after day. The good news is that there are plenty of measures you can take to stay spam-free and preserve your cellular sanity. Here’s a quick rundown of how to block spam calls and texts in any state.

Sometimes you get hit with spam that you accidentally set yourself up for. Make a note when you sign up for newsletters, new services, or anything else that might put you on a mailing list. Read the fine print, un-check any auto-checked boxes that you don’t agree with, and unsubscribe from lists you don’t want to be on.

In an age where spam is what’s for breakfast, lunch, and dinner, you’re likely familiar with the feelings of uncertainty and annoyance that come with calls from unknown numbers. While many recognize the high likelihood that the caller isn’t worth the time, some are afraid to let it go to voicemail. Unfortunately, answering a scammer’s call serves to confirm that you have an active number, and that someone will pick up the phone. If the call is important, the caller will leave a message or attempt to reach you in other ways.

If you get calls that are flagged as “Scam Likely” or something similar, you can go ahead and block those callers directly through your iPhone or Android phone. If you get calls from unknown numbers, look them up online; if they’re known scammers, block away.

You can take blocking spam numbers one step further by actually reporting them. You can report spam by:

The only way you can enjoy a fully bolstered defense against spam is with the help of a spam blocker. The above tips can help prevent and reduce spam texts and calls, but nothing tops a comprehensive spam blocker app like RoboKiller.

Trust RoboKiller in Any State

No matter where you take your calls, you need a reliable spam blocker app to help distinguish between the good, the bad, and the annoying.RoboKiller’s text and call blocking technology protects you from would-be scammers looking to take your money and waste your time. The app does this by:

There are many spam blockers out there, but RoboKiller offers what the competition can’t, including:

Download the RoboKiller spam and text blocker for iPhone or Android and enjoy these benefits at no cost during your 7-day FREE trial!